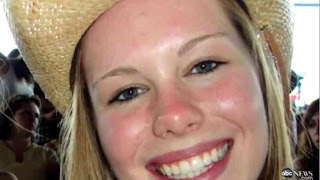 Even if you don’t follow college football or the NFL, it is likely that you have heard all about – more than enough about – Notre Dame’s star football player, Manti Te’o, and his dead girlfriend that didn’t exist.
The short version of the story: A star college football player creates a long distance love affair with a wonderful girl who has leukemia. Hours before one of the most important games of his football career, the player’s grandmother dies and then, on the same day, the “love of his life” succumbs to cancer. Yet this hero – a finalist for the 2012 Heisman Trophy and predicted #1 NFL Draft pick – fought through the pain and went on to play the game of his life as Notre Dame beat Michigan State 20-3.
Could Hollywood have scripted it any better?

Well, there’s your problem right there. It was scripted. There was a grandmother and a football game, but there was no girlfriend with leukemia. The “girl” was nothing more than a hoax. Now, it’s yet to be determined if Te’o was just a naïve numbskull roped in to an elaborate “Cat-fishing” scam, believing he had found a true love that he had never met, or if he was in on the hoax and helped create this sob story to draw more attention to his soon-to-be NFL career. Regardless, his story has been told… and told… and told.
But that’s not the story I am interested in telling, or even exploring. I’d like to write another headline for a young woman who did exist, and really is dead: Lizzy Seeberg.
Lizzy Seeberg was a 19-year-old freshman at Saint Mary’s College, across the street from Notre Dame. She had accused a Notre Dame football player of sexual assault and eight days later, committed suicide.
From Melinda Henneberger, Washington Post: “After Lizzy went to the police, a friend of the player’s sent her a series of texts that frightened her as much as anything that had happened in the player’s dorm room. ‘Don’t do anything you would regret,’ one of them said. ‘Messing with Notre Dame football is a bad idea’.”
At the time of her death, the campus police – who have jurisdiction over all crimes on school property – still had not even interviewed the accused.
Ironically, as the story of Te’o’s fake girlfriend started to unfold, Notre Dame used private investigators to assist Te’o in unraveling the mystery and attempting to prove his innocence.
This is a stunning double standard and the Notre Dame brass should be ashamed of themselves. I could go on to explore the many allegations that the school ignored – and even covered up – abhorrent behavior by players to protect their precious football program. For that matter, I could explore what could be called an epidemic of sexual violence against woman on college campuses, specifically at the hands of athletes. And how about violence against women at the hands of professional athletes?
But something else is bothering me. I wonder how much we – as fans – have to do with the “real news” of all these terrible acts being buried to protect the reputation of the game, and the men who play it?
If you’ve followed the posts I have written for HelloGiggles, you know that I am a die-hard football fan. And with my two favorite teams out of the playoffs, my fanatic attention now turns to the draft and the college talent hoping to make it to the big game. I realize that my appetite for the sport feeds a marketing machine that fuels the news. The media, publishers and reporters know that any good-news headline about the NFL or about college football players will be greedily devoured, which means one thing: revenue.
Fans don’t want to hear the bad news headlines about the men they cheer for week in and week out. We will look for any explanation that turns our gridiron heroes back into one of the good guys.
Erin Gloria Ryan of Jezebel.com explains it this way: “We don’t want to believe that our heroes aren’t worthy of our adoration. We want our conscience clean when we celebrate their victories alongside them.”  She points out the most clichéd excuses we use to explain away these kinds of claims and stories.

I’m embarrassed to admit that I have not only had these thoughts, but also uttered similar words, when I have heard of these kinds of allegations against both college and NFL players that I liked. I wanted to continue to love the game without guilt.
Therein lies the rub, as they say. Until “we the people” demonstrate that getting to the truth, demanding justice and holding people accountable for their actions are more important to us than “the game”, more important than our fantasy players, than our college pride, nothing will change.
If I tell the truth, I’m not sure that will or could ever happen. But I know, for myself, from now on I will hear and listen to these kinds of reports and accusations much differently.
I am so sorry, Lizzy Seeberg. You deserved to be heard, to be protected, to be vindicated.

After Lizzy’s death, her family raised a memorial fund, which founded The Lizzy Seeberg Volunteer House in Chicago. Please take a minute to see this.
Images courtesy of NPR.org, Associated Press & Chicago Tribune